Lessons from my first decade

Last November marked 10 years since I deferred my studies at UW to work on Mappedin full time.

I have been reflecting on the things I’ve learned and am writing them down here so I can look back in another ten years to see which ones I got right.

I started writing this blog while on a train from Nanjing to Beijing, travelling at over 300 km/h on one of China’s new high-speed railways. It’s a packed train, and will take just over four hours to reach its destination. Seven years ago, when I first visited Beijing, the two options were to fly or sit in the passenger car of a freight train overnight. Both options would have been more than twice as expensive as the fare I paid today. 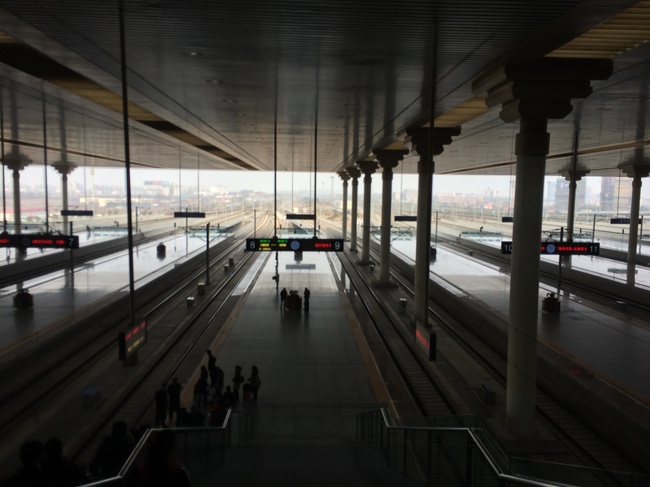 It is one thing to read about the rapid development happening here, it’s another to experience it. Infrastructure, technology, and the civil landscape have made leaps so large that one cannot simply grasp it by reading an economic figure. Other things have changed less.

Earlier this week, I visited my maternal family in Nanjing. We exchanged embraces and the customary questions: have I eaten (yes), was I alright...

Where we are going

One of the things they teach you in driving school is how to control a swerving car: to steer into the swerve. Phrased differently, the trick is to pick a distant point in the intended direction and steer gradually towards it. This helps to avoid over-reacting and jerking to the opposite direction, which often makes things worse.

Building a company is a lot like driving a swerving car. Frantic, stressful, and the wrong action–or no action–can be fatal. Building a startup company is more challenging still, because the experience is never predictable. Effective strategies like rapid iteration and a ‘no-rules’ mentality allow for growth in early stages, but become liabilities as a company matures and has less tolerance for major errors.

[MappedIn](mappedin.com)’s early days were a lot like the truck in the video. We would jump from task to...

Why I was unpopular and how it might have helped

I recently discovered PG’s essay on “Why Nerds are Unpopular”. Recommended reading for any smart college kid recovering from high school. It made me think about my own experiences growing up; in particular, the years I spent going through two drastically different education systems.

I was born in Nanjing, China’s old capital and began my education in local kindergardens and schools. My upbringing was academically focused, even by local standards. Aside from the last three years of startup life, the hardest I’ve ever worked was back in in the first grade, where we showed up for school at 7AM to recite vocabulary and multiplication tables, studied in our concrete classrooms until 4 PM, and did homework after school until 7. It didn’t seem at all abnormal when everyone was working just as hard and focused on the same metrics – grades and achievement.

After first grade I moved with my...

How I got into startups

This started as a vanilla company blog post, but I found myself writing more and more. Here it is in full:

In high school, two friends and I started a business importing knock-off shoes from China and selling them to students. We made around five hundred dollars each in two months, after which our parents shut us down - something about it being illegal.

It wasn’t my idea – I was pretty boring growing up. My parents drive under the speed limit, and bolt the doors entering the house. Some of that washed off on me, so when I went to university, the plan was to maintain a good average and graduate to the promised land. If someone had told me then to do or join a start-up, I wouldn’t have given it much thought. Sure, it would be cool, but I had no big idea, no money, no clue where to even begin.

It was by chance that I heard about uWaterloo’s [VeloCity] (velocity.uwaterloo.ca)...

Switching once more to Svbtle, and hoping to add to the collection of amazing posts on this forum.